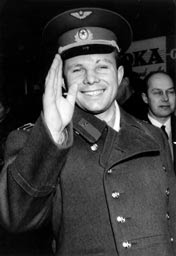 During the Cold War Soviets shocked Americans when on April 12, 1961 Yuri Gagarin completed an orbit of the Earth in his Vostok spacecraft spending 1 hour, 48 minutes on the trip. All Soviet people were filled with pride about Yuri Gagarin. He became the subject of massive state propaganda how the conquest of space demonstrated the scientific and technological superiority of the Soviet superpower. 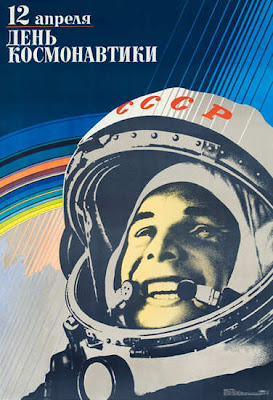 Atheism class in Soviet Union
I do not know if the following story is true but it surely makes the point:

Somewhere in the huge USSR a regular atheism class was on way. Scientific materialistic atheism was an obligatory subject in the Soviet school system as it was (and is) also in other Communist countries.

The teacher was telling the children about the hero Yuri Gagarin and said  "Now we know it for sure that there is no such thing as a god up there". For it was officially told by the state propaganda machinery that Gagarin told that he was looking and looking but could not see any God up there in the space.

At that point a little girl lifted her hand and asked a question: "Did Yuri Gagarin have a pure heart?"

The teacher was taken back: "What do you mean?"

The girl continued: "Bible says that those with pure heart will see God."

“Blessed are the pure in heart, for they shall see God."
Jesus, Sermon on the Mountain
Matthew 5:8

Colonel Valentin Petrov stated in 2006 that the cosmonaut never said such words, and that the quote originated from Nikita Khrushchev's speech at the plenum of the Central Committee of the CPSU about the state's anti-religion campaign, saying "Gagarin flew into space, but didn't see any god there."

Gagarin himself was a member of the Russian Orthodox Church. 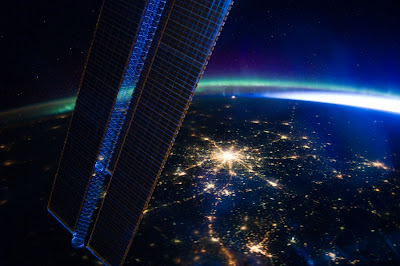 Orbiting Earth in the spaceship, I saw how beautiful our planet is. People, let us preserve and increase this beauty, not destroy it!
Yuri Gagarin

Russian phrase, handwritten and signed after his historic spaceflight, photo of facsimile published in Syny goluboi planety 3rd.edition (1981) by L. Lebedev, A. Romanov, and B/ Luk'ianov; the first edition was translated into English as Sons of the Blue Planet (1973) by L. A. Lebedev
Wikiquote 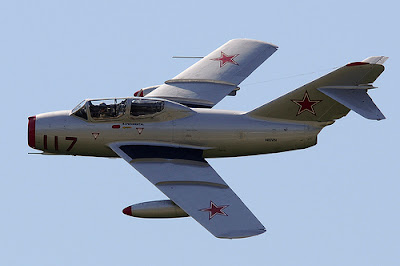 "On 27 March 1968, while on a routine training flight from Chkalovsky Air Base, he and flight instructor Vladimir Seryogin died in a MiG-15UTI crash near the town of Kirzhach.

The bodies of Gagarin and Seryogin were cremated and the ashes were buried in the walls of the Kremlin on Red Square.

Gagarin was survived by his wife Valentina, and daughters Elena and Galina. Elena Gagarina, Yuri's oldest daughter, is an art historian who works as a director-general of the Moscow Kremlin Museums since 2001. His youngest daughter, Galina, is a department chair at Plekhanov Russian Economic University in Moscow."
Quoted from Wikipedia
Posted by Unknown at 12:28 PM